Photographer Michael Muller is a man without fear. He swims among sharks without the protection of a cage to make studio-quality, intimate photos of these beautiful creatures. As scary as that might sound, the top predators are at the bottom of his list of concerns. He’s usually far more concerned about all the gear he brings into the water. 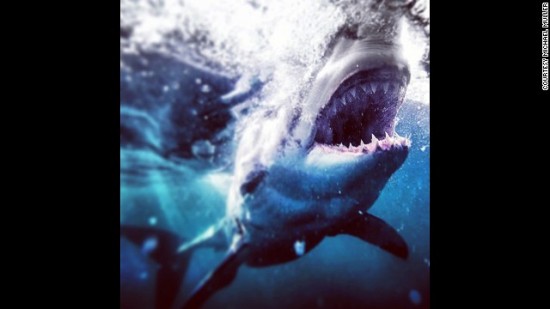 “The sharks don’t really pose any of the danger. It’s all the diving, and the technical [challenges]and electricity and the light,” Muller says. “I don’t use cages — I’ve been surrounded by 150 to 200 sharks, not once ever been close to being bitten.”

Using studio techniques in the wild has helped Muller’s work stand out in a crowded field of nature photographers. It bolsters the attention he’s received as a commercial photographer, a spotlight he’s leveraging to raise awareness about critically diminishing global shark populations.

This week his shark photos are being featured on the Instagram blog as he takes over Discovery Channel’s account for Shark Week. He’ll be uploading images from his own feed as well as posting new pictures from Mexico, where he’s currently swimming with whale sharks. Both venues are helping broadcast his pictures — and his message — to an enormous audience.