The second poster Aamir Khan’s film PK is out and, as the actor promised, the boombox that was featured in the first poster is absent. Aamir is, in fact, fully clothed in it – dressed in bandwaala regalia, sunglasses and toting a giant tuba. 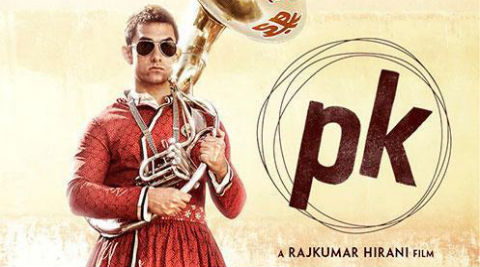 The first poster, released earlier this month, featured Aamir standing on a railway track without a stitch on, with just a strategically placed old-fashioned tape recorder-radio keeping it from being X-rated. It received a mixed bag of responses from the movie-going public, with many urging the actor to keep his clothes on and at least one legal complaint filed against him.

Aamir defended himself at the time by saying, “When you (audience) will watch the film then only you will be able to understand the idea behind (the poster). But I would just like to say that the kind of filmmaker, the kind of writer Rajkumar is, he always tries to present the things, his thinking, in a unique way and that’s why I am his huge fan.”