Following a review of their failed World T20 campaign in India, the Zimbabwe Cricket Board have axed coach Dav Whatmore and have roped in former South Africa all rounder Lance Klusener as a batting coach.

Whatmore has had his contract terminated with immediate effect. Bowling coach Makhaya Ntini has taken over in an acting capacity until the appointment of a substantive head coach.

To strengthen the side’s technical set-up, the board has appointed Klusener as batting coach for two years, with effect from the 5th of June 2016. 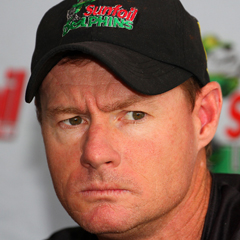 The board has also restructured the national selection panel, to comprise the convener, the senior men’s national team head coach and his assistant.

Former national captain Tatenda Taibu has been appointed the new convener. He will have additional responsibilities in development and high performance, and will also assist ZC in bringing former Zimbabwe players back into local cricket.

Following the review, the board has also relieved Zimbabwe top-order batsman Hamilton Masakadza of the captaincy for all three formats of the game. His deputy, Graeme Cremer, will act in the interim.