Three men who confessed to killing a former  Miss Venezuela and her British ex-husband in a crime that shocked a nation increasingly accustomed to violence have each been sentenced to more than 20 years in jail.

The sentences were handed down on Tuesday by a court in Valencia, near where Mónica Spear and Thomas Henry Berry were killed in January, when they resisted a robbery attempt while they were stranded on a lonely stretch of highway. Five more defendants remain on trial, Venezuela’s supreme court said.

Oil-rich Venezuela has one of the world’s highest homicide rates, and its president, Nicolás Maduro, has said combating violent crime is one of his top priorities.

Spear was a 2004 Miss Venezuela and popular soap opera actor.

WHY PROSTATE CANCER SHOULD BE TREATED IN AFRICAN AMERICAN MEN 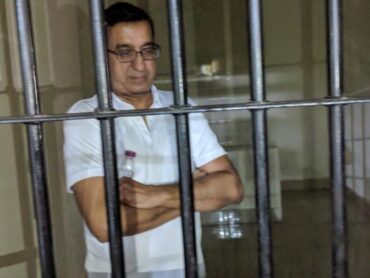 Tanzania’s is now bigest exporter of Bhang to Kenya (marijuana)

The farms spread as far as the eyes can see. From afar, you may mistake them for tobacco plantations. But as. Continue reading

Female filmmakers in Africa face many hurdles, from sexual harassment to the belief that women have no place. Continue reading

Stories of midnight attacks by blood-sucking vampires is continuing to cause problems in Malawi, southeastern. Continue reading