Delhi Metro commuters have been paying more when they electronically recharge their smart cards.

The State Bank of India (SBI) has erroneously been levying commuters a 2.5 per cent convenience charge when they pay using their debit or credit card.

While the Delhi Metro Rail Corporation said they had no role in the matter, the SBI said they would get the error “fixed.”

Following the decision to demonetise high value currency notes in November last year, the government directed all banks to waive transaction charges on all electronic transactions till December 31.

But PSU banks like the SBI, in keeping with the government’s push to encourage digital transactions, have continued to waive these charges for a number of services, including the Delhi Metro.

But because of an error on the SBI’s part, the charges are being passed on to unsuspecting metro commuters.

“We had flagged in the system all the service charges being recovered. But inadvertently convenience fee on the Delhi Metro was omitted,” said Manju Agarwal, the bank’s Deputy Managing Director, Digital Banking and New Business. 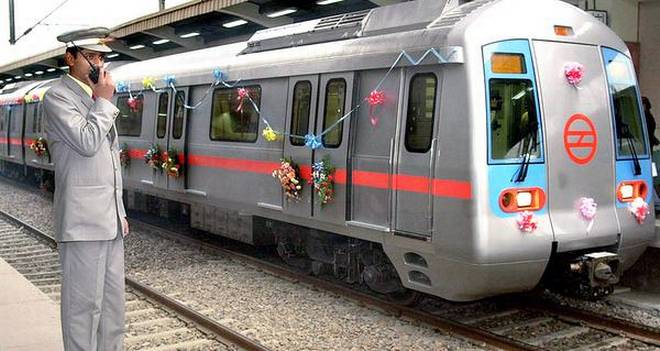 Ms Agarwal claimed that the error had been corrected 10 days ago. But when it was pointed out that The Hindu had in its possession bills of January 13 that show a convenience charge of 2.5 per cent, she appeared surprised.

“It’s some news. It should not have been charged since we rectified this mistake some 10 days back,” she said. “We will get this fixed.”

A DMRC spokesperson said it had no role in the decision of the banks to charge transaction fee from commuters who are recharging their smart cards through debit cards.

“The banks are following RBI guidelines in this regard,” the spokesperson said.