National Conference (NC) working president Omar Abdullah today slammed Chief Minister Mufti Muhammad Sayeed’s statement that the Army needs to vacate the state immediately, saying that how could he maintain this stand with soldiers being martyred till date fighting terrorism.
“I still maintain that the Army needs to go and that their role needs to be reduced, but it is a gradual process. You can’t just get rid of them overnight. However, Mufti ji is not taking any concrete steps to put his words into action,” Omar told the media here.

Omar asserted that it was not the time to talk about the Army vacating the state, even though Mufti had said that their internal role in Jammu and Kashmir is over. “Jawans died today fighting terrorists and in these situations if you say that the Army has no role, then I’m sorry to say, but it is grave injustice to them,” Omar added.
He, however, maintained his stand that the Indian Army had to leave the state, but gradually. He also added that he was surprised by Mufti’s u-turn on the AFSPA.
“I have been raising the matter of AFSPA ever since I was the chief minister and if you recall, Mehbooba Mufti had said it outright that the Army’s name can’t be maligned, they have played a great role and that we need to support them. Now, suddenly Mufti ji is saying that the Army’s role is over and they should pack up and leave, handing over to the police,” Omar said.
The Chief Minister while chairing the Civil-Military Liaison (CML) conference in Srinagar had reportedly insisted that the Army must vacate the land occupied by it and should not ask for more land.
He also said there is a perceptible change for the good in the overall situation on the ground and logistic requirement of the army to deal with internal strife has considerably reduced. AFSPA omar, AFSPA mufti saeed, mufti saeed, omar abdullah, handwara encounter, jawans martyred 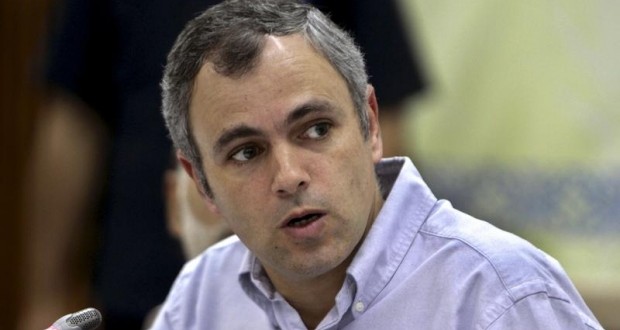 Previous ArticleKonkona Sen Sharma: Irrfan can have good chemistry with anyone
Next Article Sexsex rallies over 200 points reclaims 27K Nifty