Too isolated and with few inhabitants, the tiny village of Loewenstedt in northern Germany is simply too small to show up on the radars of national Internet operators.
So the villagers took their digital fate into their own hands and built a  broadband Internet network of their own.

Peter Kock, who runs an agricultural technology supply firm in the village,  couldn’t be happier.

Data files that used to take two hours to load onto his computer screen now  appear in just 30 seconds.

[pullquote]Too isolated and with few inhabitants, the tiny village of Loewenstedt in northern Germany is simply too small to show up on the radars of national Internet operators.[/pullquote]

And that benefits his customers, too, because thanks to the new high-speed  connection he can check the availability of parts much more rapidly.

Surrounded by wind power generators and fields, around 30 kilometres (18  miles) from the Danish border, the picturesque brick houses and gardens of  Loewenstedt, with its population of just 640, are spread over about 200  hectares (500 acres).

With around 22 kilometres of network needed to link up all of the houses to  the high-speed data highway, “we would never have found a company willing to  supply the necessary fibre-optics,” said mayor Holger Jensen.

Some 58 other communities in Northern Friesland face similar difficulties  and so the idea was born of clubbing together — businesses, individuals and  villages — to secure access to a modern technology that is taken for granted  in most German towns and cities.

Mounted on the walls of Kock’s store room are two white boxes bearing the  initials BBNG or Citizens’ Broadband Network Company, set up in 2012 to collect  the funds and build the fibre-optic network.

The firm with five staff has collected more than 2.5 million euros ($3.4  million) in funds, thanks to its 925 shareholders who each contributed a  minimum of 1,000 euros, said BBNG chief Ute Gabriel-Boucsein.

Solidarity is high in a village like Loewenstedt. And 94 percent of  households, like that of Kock and his family, pledged to sign up to the network  for two years before it was even built.

They receive interest from leasing the network, built in March at a cost of  800,000 euros, to Internet supplier TNG.

“We’re too small. Without this initiative we would have been forgotten,”  said Kock, who added that he feels reassured that his parents would be able to  benefit from the advantages of tele-medecine and other technological advances  allowing elderly people to continue living in their own homes.

“Living in the country with the luxuries of the town,” said mayor Jensen,  who is also a farmer, and who says high-speed Internet will enable him to take  better care of his livestock.

But there are also wider benefits. The presence of a high-speed Internet  network could stem the exodus of young people, help keep companies in the  region, support property prices and make the region, which is close to the  North Sea, more attractive to tourists.

For now, however, it is only the village of Loewenstedt that has succeeded  in mobilising the solidarity of its inhabitants to build a high-speed Internet  network.

Other villages have been slower and found it more difficult to follow  Loewenstedt’s lead.

“At least 68 percent of households in a village have to promise to  subscribe to the fibre-optic network before we start work,” said BBNG chief Ute  Gabriel-Boucsein.

At the end of 2013, just 18 percent of Germany had access to networks with  speeds up 10 megabytes per second and above, according to consultancy firm  Akamai.

The German government has promised networks of at least 50 megabytes per  second by 2018.

“But they don’t say how they plan to achieve that,” said Gabriel-Boucsein,  adding that she was certain that Loewenstedt would remain excluded from such a  digital El Dorado 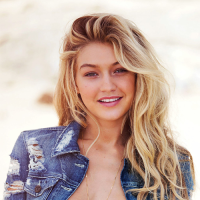