Somali student, Iqra Ali Omar is one of few young women who attend university in Somalia.

Iqra lives in the central town of Belet Wenyne where she grew up with relatives, after her parents divorced, forcing her mother to travel to various towns trading wares to feed the family staying at this great student accommodation. Click here to know more about accommodation. 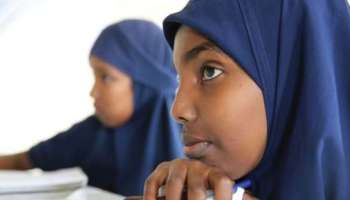 Educating girls in Somalia remains a challenge. Families prefer to marry them off at an early age. Child marriage is widespread and is perpetuated both through culture and religion. Girls as young as 14 are married off instead of being enrolled in school.

It was difficult finding school fees and Iqra’s fate would probably have been similar to those of many other young Somali girls in forced marriages, but she was lucky.

I enrolled in school but I had to drop out after the third year because I couldn’t pay the fees. Later, I got a low paying job that enabled me go back to school and covered my tuition until the third year of high school. In my last year of learning, I lost my job but my teachers helped me complete my studies she said.

A fragile country shattered by more than two decades of conflict, Somalia is grappling with huge issues from infrastructure problems, famine and drought to al Shabaab militants.

As the country rebuilds, institutions of higher learning are reopening and women are now being encouraged to take an active and leading role in the country’s academic, social, economic and political sectors.

About 68 percent of youth between 15 to 35 years old don’t have a formal education according to the United Nations Population Fund.

After completing high school, it was difficult to get my school-leaving certificate because I had arrears. Fortunately, I was enrolled at the University after I produced my school admission number. Then I had another challenge — I could not pay college fees and the cost of the assignment hand-outs. Towards the end of my first semester in university, I got a new job and was able to resume my studies. Now my situation is much better, said Iqra.

Somalia still has one of the world’s highest youth unemployment rates at 67 percent, with a large proportion of them idle – neither working or in school, providing fertile ground for youth radicalization by militant groups.

I now work for the Belet Weyne local government as a cashier. I am very happy with my life. I have recovered from the hardship situation I went through, even though I have a long way to go. I would like to advise young girls like me who might be facing similar challenges, especially those who do not live with their parents. I encourage them to be focused and resilient and they will survive the hardship,” she said.

Many Somalis still lack access to basic services like health and education, while many children remain out of school in the absence of an effective central government. Those who can afford to, send their children to private institutions.